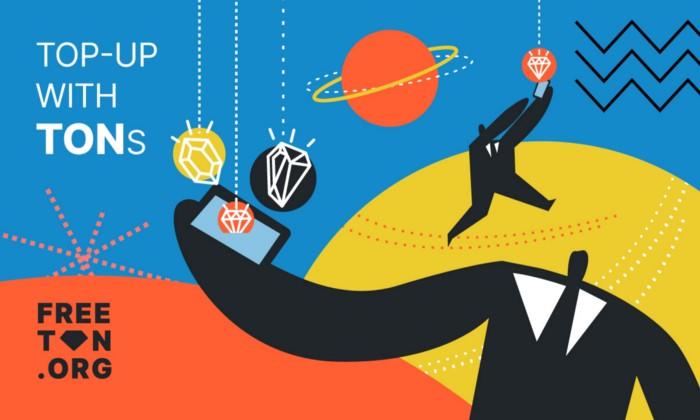 The Free TON community announced today that one of its active members and a contributor to the Free TON blockchain network has developed a Telegram bot that allows smartphone users with the Telegram messenger installed to purchase minutes using TON Crystals — the native cryptocurrency of Free TON.

The @FreeTON2MobileBot gives smartphone users in Russia a whole new way to interact with the blockchain through an easily adoptable user experience without even realizing they are doing so.

While the bot is still in its first stages of deployment, and while only users in the Russian market have access to it for the time being when reached for comment, the developer of the bot, choosing to remain anonymous while referring to himself as simply Source™, stated that the obvious long term goal is to make the service available to all Telegram users worldwide.

“The idea originated from one of the Russian speaking Free TON community members. I had some experience creating bots, but it never occurred to me to do it over a blockchain. Given what Free TON claimed, as a serial developer I just couldn’t help myself,” Source™ chuckled. “As for future plans, well all I can say is just wait and see,” he hinted.

Built entirely on smart contracts and utilizing dynamic sharding, the Free TON blockchain provides users with an everyday-like experience that feels like “internet as always” while simultaneously providing the TON Crystal with a real-world application for regular users and not just crypto enthusiasts.

Ron Millow, Chief Business Development Officer for TON Labs and a contributing member to the Free TON community stated, “This will help drive adoption by giving people who don’t know or understand the ins and outs of the blockchain a way to use it without even knowing that they are doing so. What Source™ did is he grasped the concept, embraced its potential, and then just went ahead and created a service that people can use right now.”

“The best approach to adoption is to not have to constantly explain the whys, whats, and hows,” Mr. Millow continued. “Just let users be users and let them adopt new technology organically,” he concluded.

Free TON is a decentralized blockchain network that was ​launched by a community of developers and validators on May 7, 2020.