Bitcoin Diamond BCD: BCD As The Basic Currency on KAiREX 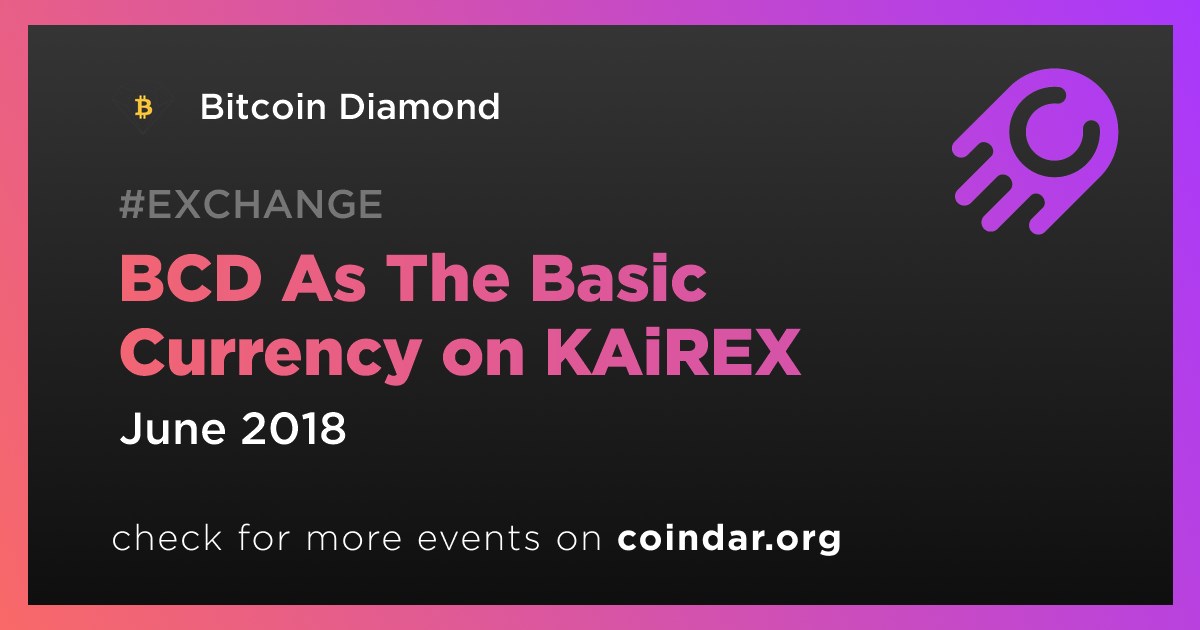 BCD will be taken as the first batch of digital currency which lands in Korea International Exchange KAiREX, and at the same period, KAiREX will open the pair of BCD which takes BCD as the basic currency. It is reported that the main digital currencies (in the first batch of digital currency which lands in KAiREX) recognized by the market include BTC, ETH, BCD, LTC, ADA and others.
BCD price changes after event publication
Bitcoin Diamond events on the chart
97.25%
Now (Added 4 years ago)
The event is about to begin
0
D
0
H
0
M
0
S
E
Added by ETHDeveloper
During the whole time of Bitcoin Diamond monitoring, 30&nbspevents were added:
16 exchange events
5 releases
3 updates
3 partnerships
2 events related to earnings
1 general event
Upcoming BCD events Past BCD events
Nothing found
March 7, 2022
Exchange

BCD As The Basic Currency on KAiREX

Added 4 years ago
✕
✕
2017-2022 Coindar
By authorising, you accept the Terms of Use and agree that we can process your personal data.
✕